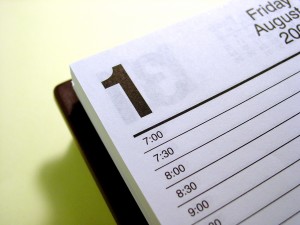 SEC Chair Mary Jo White recently confirmed that the SEC will not delay the lifting of the ban on general solicitation over the additional disclosure rules proposed by the agency. She also indicated that she would not withdraw the proposals.

Per our prior post, the SEC finalized rules under the JOBS ACT to lift the ban on general solicitation in July. Specifically, the SEC amended Rule 506 of Regulation D under the Securities Act of 1933 to add a new paragraph (c), which will permit general solicitation and advertising as long as certain conditions are met.  The new rule will go effective September 23.

In July, the SEC proposed amendments to Regulation D, Form D and Rule 156 under the Securities Act that would impose advance notice filings, submission of offering materials to the SEC and certain mandatory additional disclosures. They include requiring issuers to file a notice of sale with the SEC 15 days before engaging in general solicitation and within 30 days of the conclusion of an offering.  Issuers would also have to provide additional information about the issuer and the offering, such as the offered securities, the types of general solicitation used, and the methods used to verify the investor’s accredited status. Failure to timely file notices for Rule 506 private or general solicitation would deny the issuer reliance on that rule for at least a year. The comment period for the proposed rules end on September 23.

They also argued that the additional rules “unnecessarily burden private issuers by increasing regulations and disclosure requirements that effectively preserve the ban on general solicitation, violating the law’s intent.”

In her August 8 response, White defended the rule, maintaining that the SEC must “closely monitor and collect data on the changes to the Rule 506 market.” She also clarified that issuers will be able to rely on the exemption.  The additional disclosure proposals will not become effective until the SEC adopts final rules.