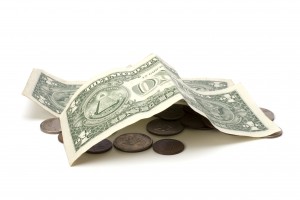 FINRA fines are significantly lower for the first half of 2013, according to a new report by Sutherland Asbill & Brennan, LLP. An analysis of  Disciplinary and Other FINRA Actions  projects that fines will drop 41 percent in 2013 compared to last year’s figures, if the agency keeps its current pace.

The picture is a bit deceptive, though.  The actual number of disciplinary actions has only decreased slightly, dropping from 609 in the first six months of 2012 to597 actions in the same period this year.

The dramatic  drop in total fines is likely attributable to the conclusion of cases related to the 2008 financial crisis which generally resulted in “supersize” fines.  FINRA has only levied two large financial penalties this year, compared to seven in 2012.

The latest report also reveals trends about who FINRA is targeting now and why. The top five enforcement issues in 2013 include:

FINRA is also increasingly pursuing firms rather than individual actors. For the first six months of 2013, firms were named in 38 percent of enforcement actions, compared to 34 percent last year.

The report is most notable for FINRA’s current focus areas.  Numbers are projections, let’s see what the second half of 2013 reveals.