Year in Review: Crowdfunding Round Up for 2013 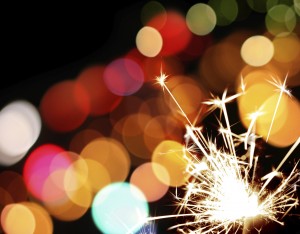 It is the afternoon of New Year’s Eve as I am writing my last post for 2013.  Crowdfunding seems a logical choice.  2013 put crowdfunding on the map, among filmmakers, inventors, samaritans, start-ups, the crowd at large.

In 2013, Veronica Mars attracts 90,000 donors to pledge $5.7 millions in 30 days; Star Citizen raises more than $15 million through Kickstarter and their own website in the most-funded campaign ever, surpassing even Pebble.  At the same time, GiveForward.com and GoFundMe.com enable people to fund relief for victims of the Boston Marathon and the tornadoes striking Oklahoma City.  This is only naming a few.

In 2013, Italy beats the United States to the punch by becoming the first country in the world to make equity crowd funding legal.  At home, several states, including Kansas and Georgia, authorize intra-state crowdfunding.

In October, finally, the SEC proposes monumental new rules that allow start-ups and small businesses to raise capital by selling securities over the Internet.  Finally, the man on the street has a choice to participate in funding that had so far been reserved for the wealthy, with all of its pitfalls.  At the same time, FINRA releases the corresponding rules for aspiring funding portals.

What a year 2013 has been, a year of entrepreneurialism and economic optimism, with crowd funding as an integral part.  You know what, let’s make it the bellwether.  One thing I know for sure is that it’s only the beginning.  Let’s build on that foundation, or start with a clean state, Yogi’s choice, as my teacher always says.  Yogi’s choice it is.