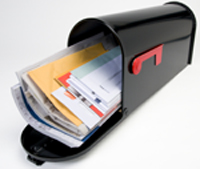 To date, the SEC has received nearly 200 comments on Title III of the JOBS Act, which aims to legalize equity crowdfunding.  As the clock continues to tick on the SEC’s rulemaking proposal, the calls for fewer regulations are growing louder.

From professors to business owners to U.S. senators, the commenters have expressed fear that the weight of the SEC’s rules will crush crowdfunding’s potential and the Act’s initial purpose to democratize fund-raising.

As expressed by U.S. Sen. Michael Bennet, “Many of the individuals with whom we met believed that if the reporting requirements become too onerous, an offering for a small business may become cost-prohibitive. The Commission, therefore, should appropriately scale the reporting obligations as it promulgates the proposed rules.”

Even Funding Launchpad, an equity crowdfunding intermediary, argues in favor of placing the bulk of the regulatory burden on the portals rather than businesses seeking to raise capital. “It makes far less sense to place these burdens on the small businesses using our services. They’re just trying to get financing for their business they shouldn’t be expected to have a mastery of securities law, any more than small businesses today are expected to be expert in bank regulation just because they have a line of credit.”

A law review article written by a University of Colorado Law Associate Professor is the latest comment to create buzz in the crowdfunding space. In his Vanderbilt Law Review article, entitled “Keep It Light, Chairman White: SEC Rulemaking Under the CROWDFUND Act,”Andrew A. Schwartz calls on the SEC to tread lightly as it develops rules to implement the crowdfunding provisions of the JOBS Act.

According to Schwartz, the article is intended to offer “friendly advice” to the SEC as to how to exercise its rulemaking authority. Among the law professor’s chief concerns is that the SEC will require overly burdensome disclosures. He notes that the JOBS Act already has several protections in place, including caps on the amount that can be invested and intermediaries intended to educate investors and screen issuers.

“If the SEC gives crowdfunding some breathing room, it stands a good chance of bringing new opportunities and economic growth to America,” Schwartz argues.

This seems to be the consensus. Let’s hope the SEC has been listening.

As always, if you have questions or comments, please call, e-mail or tweet me@NYBusinessLaws.