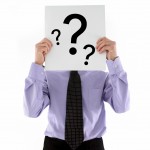 Speculation is again growing about when the SEC will complete its rulemaking duties under the JOBS Act.  In addition to new crowd funding rules, the agency must still approve rules to eliminate the prohibition against general solicitation and general advertising for securities offerings under Rule 506.

The SEC released draft rules to lift the ban on general solicitation last fall, but has yet to finalize them.  Reports now suggest that new SEC Chairmen Mary Jo White favors passing the proposals as an interim final rule without major changes and adding provisions to bolster investor protection at a later date.

At her confirmation hearing, White stated that she was committed to finalizing all of the SEC’s to-do’ s under the JOBS Act. “The SEC needs to get the rules right, but it also needs to get them done,” she told the Senate Banking Committee. “To complete these legislative mandates expeditiously must be an immediate imperative for the SEC.”

Since then, lawmakers have continued to put on the pressure. In a letter sent to White on May 13, House Majority Whip Kevin McCarthy (CA), Rep. Patrick McHenry (NC), and Sens. Pat Toomey (PA) and John Thune (SD) reiterated the need for expediency.

“We were encouraged by the commitment that you demonstrated during your confirmation process to see that the Commission completes these important rulemakings and hope that you will take steps to do so expeditiously,” they wrote.

Many speculate that nothing will happen until the end of the summer.  But who knows?  The exact timing is really anybody’s guess. David Blass, the chief counsel of the SEC, stated: “It just is not possible for me to say a date in which it will or will not be up and running . . . I don’t think anybody who gives you a prediction on timing really knows what they’re talking about, unless they’ve been through the process and knows what goes into making an SEC rule final.” Here you have it from the proverbial horse’s mouth. Sit tight.

As always, if you have questions or comments, please call, e-mail or tweet me @NYBusinessLaws.