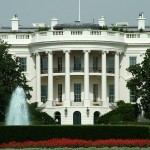 Starting with the positive, the SEC would receive an additional $350 million in funding, at least some of which would likely go towards bolstering the agency’s examination program. As the SEC has repeatedly acknowledged, current funding only allows it to audit approximately 8 percent of registered advisors.

While more funding could lead to more rigorous and widespread exams, it also would eliminate the need for a new SRO to oversee the industry. Per our prior posts, advisers overwhelmingly favor SEC oversight over FINRA or a newly created SRO.

Meanwhile, provisions regarding taxes and retirement planning received criticism from the financial industry. With regard to taxes, the anti-tax group Americans for Tax Reform estimates that the budget contains nearly $1 trillion of new taxes, some of which would be levied against broker-dealers and other investment firms.

The budget also caps some retirement accounts. For instance, the American Society of Pension Professionals and Actuaries (ASPPA) criticized budget provisions that would limit savings in a 401(k) to $3 million, and force individuals and small business owners to withdraw any funds exceeding that amount, exposing them to significant tax liability.

Of course, the President’s proposal is simply a starting process for negotiations. We will have to wait and what transpires as the  budget works its way through Congress.

Eckerle Law offers legal advice in a variety of transactional and regulatory matters and serves companies’ business law needs. Please contact us via e-mail or Twitter with any questions or comments. We would like to use our experience to create real-life business and legal solutions to help your business thrive.