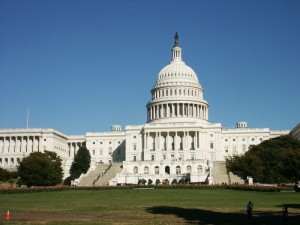 As the SEC struggles to meet rulemaking deadlines under the JOBS Act, Congress is already talking about the next iteration of the law. The House Financial Services Committee is discussing legislation, dubbed the JOBS Act 2.0, that would build on existing efforts to make it easier for small companies and entrepreneurs to raise capital.

Capital Markets Subcommittee Chairman Scott Garrett (R-N.J.) is leading the legislation, which will be introduced as early as this fall. The committee is currently soliciting ideas from interested stakeholders.

Although few details have been released about what the JOBS Act 2.0 might include, one initiative considered involves making it easier for small businesses to trade their stocks.

“First you have the ability of … raising capital for your business, and that’s what we helped facilitate with 1.0,” Garrett said in an interview with POLITICO. “Now, the next development for any business from there is actually having the ability to … trade your stocks.”

While it seems to strange to work on a 2.0 version before the initial JOBS Act is fully implemented, lawmakers see no harm in getting the ball rolling, particularly given how slow the legislative wheels often turn.

“In a perfect world, Jobs Act 1.0 would have been done and we would be seeing the fruits of it, the benefits, today,” Garrett said. “But that’s no reason why we should go slow. … Now we’re moving on to the next one. We’re waiting on the SEC to do their job there and I hope that’s sooner rather than later.”

As always, if you have questions or comments, please call, e-mail or tweet me @NYBusinessLaws.