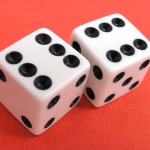 Crowd funding is ubiquitous these days.  Success stories abound.   No wonder, according to the Crowdsourcing.org report for 2012, crowd funding levels reached $2.6 billion in 2012 and are expected to almost double in 2013.  I just attended two events on topic in NYC, and I witnessed in awe as a room full of entrepreneurs pitched their ideas or re-lived campaign war stories.  All of them needed financing.  It is clearly a uniquely exciting time for new businesses.

At the same time, I asked around.  And it turns out that many of those polled did not know what is really is, this concept of crowd funding.  So I decided to write this primer. If you are totally plugged in, please skip this or read anyhow if bored.  You may find it useful.

Let’s start with the basics.  If you go on Wikipedia, crowd funding is defined as “the collective effort of individuals who network and pool their money, usually via the internet, to support efforts initiated by other people or organizations.”   Crowd funding has been used in support of a wide variety of projects, a lot of them charitable, including disaster relief, citizen journalism, arts, games, design,  technology, political campaigns, startup company funding, film production and promotion, scientific research, and civic projects.  The last very public campaign was the one for the victims of the Boston bombing.

How did it all start?  The concept has been around for a number of years, but the phenomenon got a real kickstart (no pun intended!) when President Obama signed the Jumpstart Our Business Startups Act (the “JOBS Act”) into law.  The JOBS Act, once implemented, would allow companies to raise up to $1 million in any 12-month period from an unlimited number of “street” investors by selling securities through a broker or SEC-approved funding portal.  The idea behind the JOBS Act was to enable entrepreneurs to finance their businesses with the help of anyone via Internet funding portals, and to relax restraints on marketing and solicitation in support of a capital raise.

To say that this is a revolutionary idea for those of us lawyers who grew up under the restrictions of the Securities Act of 1933 is an understatement (I’ll explain why below).

The bill was signed into law amid bipartisan enthusiasm on April 5, 2012, and the SEC had a deadline to interpret it and pass final rules, which has come and gone, in large part due to the dramatic nature of the changes to the current regime and the change of guard at the SEC.  As of the date of this post, it’s hard to predict when we will see proposed rules and when something becomes final.  Optimists like me think it will happen in 2013, but who knows.

In the meantime, an entire cottage industry of lawyers, accountants, funding portals-in-waiting and ancillary service providers are getting ready; and a lot of money is being raised as well– all within the framework of the current laws.

So why is the JOBS Act so revolutionary, you’ll ask.  Well– today, a company can issue stock or other securities as part of a fundraising round only under two scenarios (and I realize that I am oversimplifying here but it will have to do for this purpose):

1. It registers the security with the SEC – and all of you have heard what it entails to “go public”, a major endeavor and completely unrealistic in a start-up scenario; or

2. You fall within an exemption from the registration requirement.  Most of the unregistered equity raises today were under the exemption of Regulation D under the 33 Act.  Without going into too much detail, what that means is that fundraising is largely limited to so-called “accredited” investors that pass the prerequisite income/net worth tests. This is a small fraction of the population.

You will ask how people were able to raise $2.6 billion in 2012 in “crowdfunding” campaigns, which is not even in force yet, and that is a very good question!

In short, the money was either raised via “pledges” or “donations” in exchange for “rewards”, but not for stock or other securities of the company.   Rewards run the gamut and range from the product or service produced by the project such as a copy of the book or film, a ticket to the premiere or a private screening of a movie project, or a product sample. Donors are usually motivated by the project’s purpose but do not profit financially from the success of the project.  Or people relied on good old Reg D (the “seed round” people, “angels” and VCs of this world).

With the new rules, crowd funding would be expanded to legally allow the exchange of investments for equity/debt in a business.  People motivated by financial return will be able to join a pool of investors who can contribute to equity-raising efforts via online crowd funding.   Further, people with lower incomes will be legally able to invest, so the overall amount of people who can join the investment pool will expand.

As President Obama said when signing the Act: “For the first time, ordinary Americans will be able to go online and invest in entrepreneurs they believe in.”

In summation:  businesses will soon be allowed to raise equity from a larger and more diverse group of investors than they currently are.  Let’s hope the SEC does not thwart the promise by excessive restrictions.  Only time will tell.

If the current buzz is any indication for the future, we are in for quite a ride.

Stay tuned, we will keep you in the know.

Eckerle Law offers legal advice in a variety of transactional and regulatory matters and serves your business law needs. If your company would like to strengthen its business practices, please contact us today so we can leverage our experience to create real-life business and legal solutions to help your business thrive.